Missile Comrade is a missile defense game about mad commanders who take action into their own hands while the war itself just gets stranger and stranger.   Play arcade mode solo, in coop with a friend, or vs with some frenemies, with up to 4-player action!

Collect cards through gameplay to build your deck up and unlock new cards as you play; unlocked cards appear in new gameplay sessions and you can also earn them to your card collection in order to pick them at the start! Unlock new commanders / comrades thru play as well; each one features differing abilities and some unique features!

Supports controllers as well, with optional 2players-1controller mode! Rebind keys in game if your default configuration doesn't work - never be without a working controller!

Heavy Missiles stay a bit longer, and stay damage is implemented for those nagging cluster bombs.

Known bugs and Issues: FINV; = fixed in next version, not yet released

Various inconsistencies in card prices with displayed cost on card. [will fix thru card templater later as card looks evolve]

My controller doesnt detect!: push a button on the controller while the game is active. If that doesnt work, try unplugging and plugging it back in. WebGL Unity is a little picky sometimes.

Cursor duplication: see mouse and game cursor at same time -> try clicking in and out and changing tabs, havent figured out how to get this working every time yet.

Defense turret invulnerable: havent hooked up death of this yet, consider it easy mode.  [working thru some logic now on consequences for turret destruction]

The quit, it  does nothing: WebGL needs replacement UI for various quit buttons since they will do nothing in WebGL mode.

Controller profiles dont save properly so they need to be reset every time.

Profiles themselves cant be created, only default profiles are used.

GUI bug where when you  highlight something it stays highlighted, this is due to the GUI Manager needing an ID bugfix for varying button counts: multiple highlight info was disabled as an emergency bugfix. [current fix target]

No 1 handed player mode even though 2p1c is supported: need to setup and make UI for this. Also no 2p1c for vs on controllers yet.

No picking of player cursors in titlescreen: need to add UI for this.

Theres no way to add new cards to the deck without buying them yet, needs to be a method to get random card unlocks by themselves straight to the deck.

Made bearnoff not fly up from his own roars.

Made sure cluster bomblets deployed on each death. 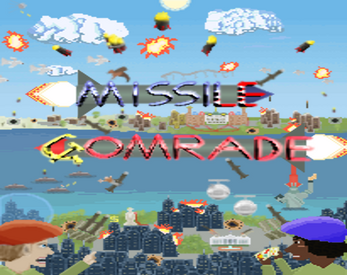